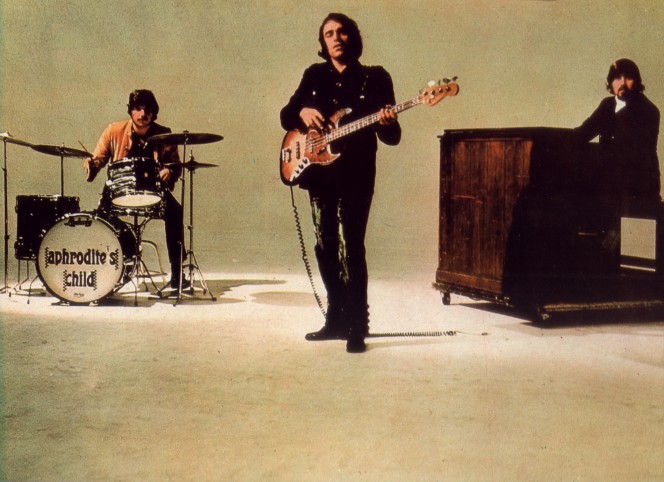 Aphrodite’s Child was a band that I discovered as I do a lot of music.  Accidentally.

A group from Greece, they were a heavy dose of psychedelic with a hint of Greek traditional folk in the melodies.  Their international fame was limited, but they became a sensation in Paris with a handful of early singles in the late ’60s, and went on to sell around 20 million albums in about 4 years.  They’re most well known today for THIS guy…

…but I want to say more about what really struck me about the band when I first heard them.  This was the song:

…and aside from the apropos apocalyptic vibe what got me was the voice.  That’s Demis Roussos, and in that song (more so in the studio version) the tension and release in his vocal technique really paints the picture.

Sure their songs were a little dramatic, but we’re talking about a much more passionate, European sensibility than was characteristic of most American music at the time.  For example, the album 666, widely considered their masterpiece, is a concept album about the book of Revelation.  That’s definitely a passion project.

I mean, look at these guys.  They were just on their own level. 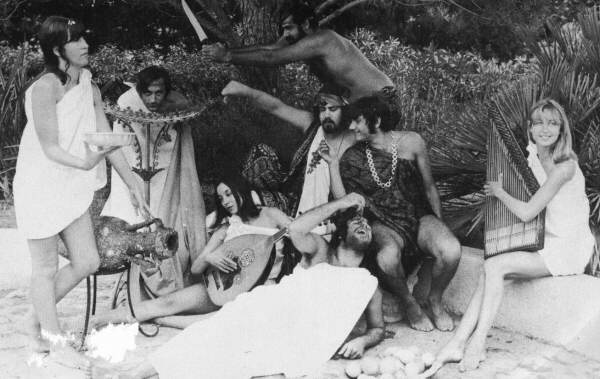 While their keys player Vangelis went on to be a huge influence on electronic music, Roussos became a pop star in his own right back in Greece.  Sadly, he passed away a couple of weeks back.  If there’s any silver lining, at least his death has brought renewed interest to the psychedelic pleasures of Aphrodite’s Child.  See him in action in this promo video for “The Four Horsemen” from their 666 album: