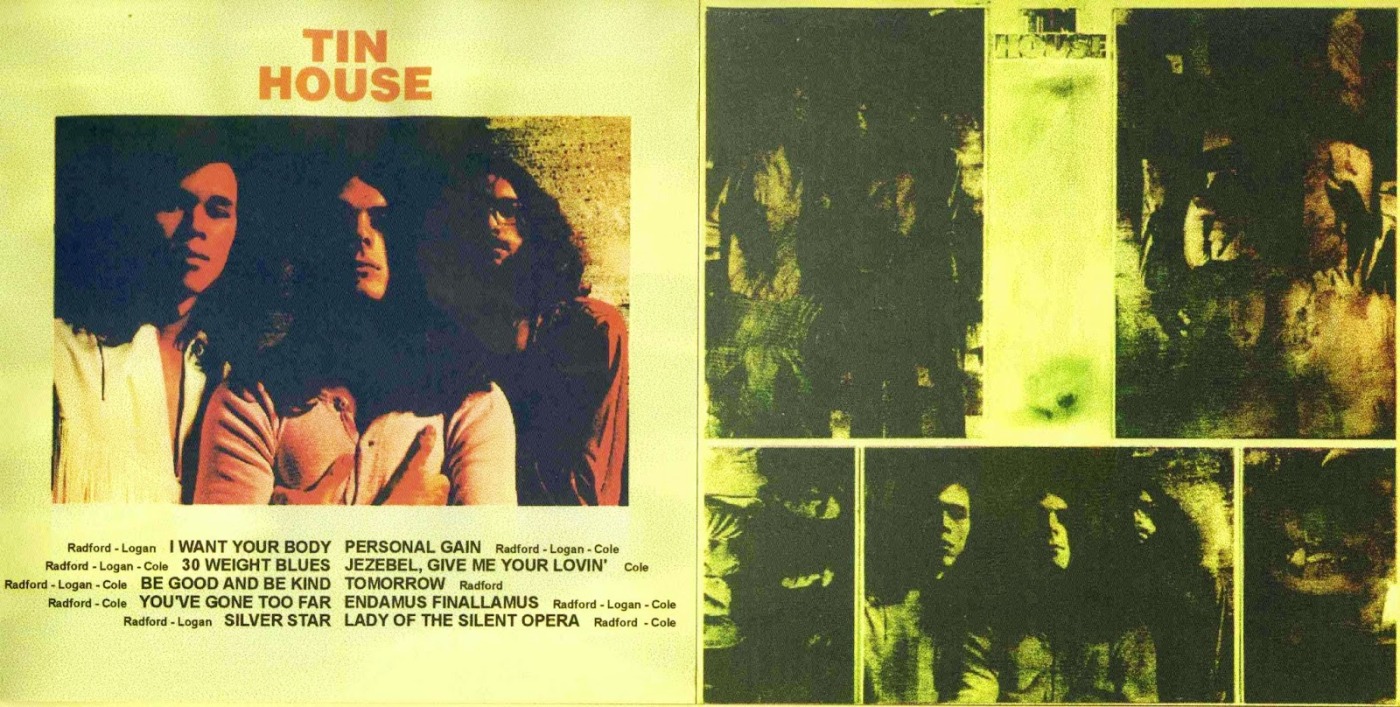 The self-titled debut from Tin House (produced by Rick Derringer)  hit stores in 1971, and at first listen you could easily be fooled into thinking they were just another heavy blues band. The first two tracks, though well played, are prime examples of the straightforward, bluesy cock rock that was so common in the early ’70s.  But there’s much more going on if you keep listening…

The opening measures of track 3, “Be Good And Be Kind”, evoke some of the harder songs from fellow ’70s rockers Wishbone Ash.  Drummer Mike Logan hammers away at his kit while guitarist Floyd Radford lays down a crunchy lead rhythm, a wailing lead and a pop-inflected segue into the first verse: all in the first 30 seconds.

“You’ve Gone Too Far,” the first ballad on the record, is next.  Here the bands vocal harmony chops begin to seep through, and the song begins to take on a psychedelic flavor. A hazy tremolo-tinged keyboard creeps in behind the verses, leading into a bridge of jangly layered guitars.

Side 1 culminates in my favorite track on the album, “Silver Star.”  The lead riff and overall guitar work hits hard and holds your attention throughout.  But the real treats are the psych-soaked choruses.  This song is as good as anything that came out that year, and rather than describing it I’m going to suggest you take the four minutes and listen…

Side 2 follows suit with the hard-driving moral tale “Personal Gain,” the excellent psych ballad “Tomorrow,” and the grandiose pop flourishes and arrangements of the album’s closers, “Endamus Finallamus” and “Lady of the Silent Opera.”

While it has traces of the cookie-cutter hard blues mimicked by so many bands of the ’70s, Tin House has enough surprises to stand out as unique.  Their deft handling of pop, progressive, psychedelic and hard rock elements along with Rick Derringer’s excellent production make this an album that any serious collector should definitely get their hands on.

Check out discogs for (actually modestly priced) vinyl copies, and you can hear the whole album  at the link below.  ATTUNE.