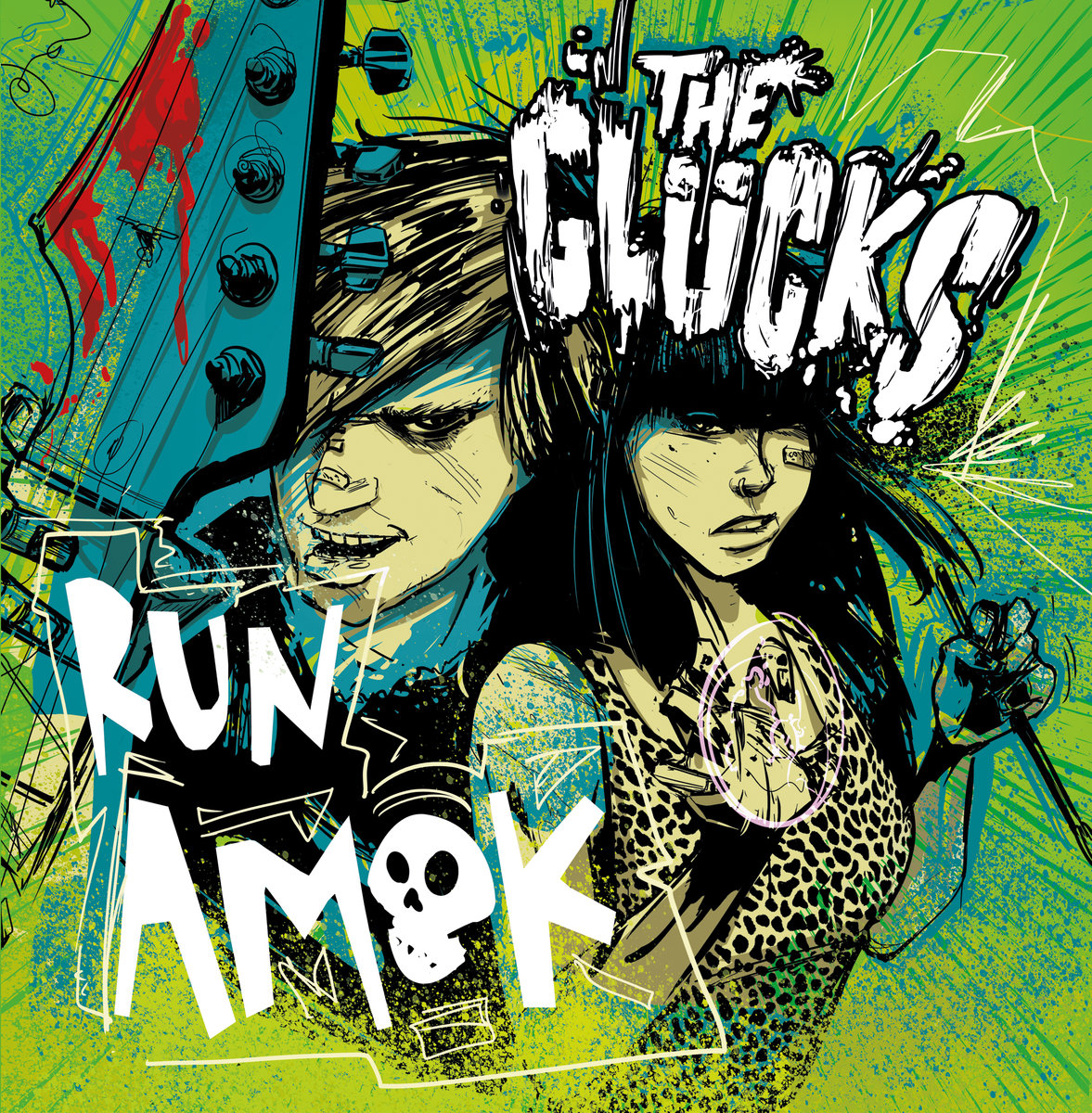 My first taste of Belgian rock duo The Glucks was at the hands of a fan of the show by the name of Lansing Rawls.  He sent me a link to their 2016 LP “Youth On Stuff” and once I heard the title track I was immediately turned on by the raw breathless vitality of it.  Now they’ve followed it up with the equally potent new release “Run Amok.” 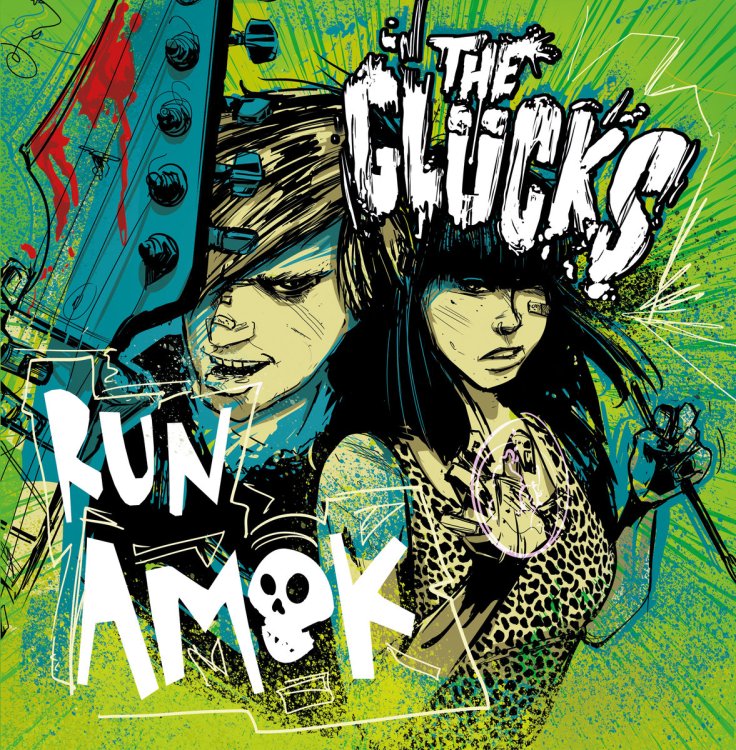 There is no shortage of garage-punk acts out there and while the “punk” torch has been carried on mostly to sell Ramones t-shirts lately, The Glucks are furiously stoking the few original cinders left over to burn through this thirty-two minute psychobilly neck breaker.

Album opener “Why Do I Love You?” could work equally well as a lament of the toxic relationship with your social media or a fellow flesh-and-blood human, with the band shouting “…sacrificed all I was for a hit…crushed my spirit fucked my brains…why do I love you?…” over a double-speed smashed up MC5 riff.  In no time at all another raw lick thrusts us into “Uninvited,” an intense refusal of Trump-era lies and divisiveness, ordering the titular manipulators to “Leave the dream alone!”

“Under the Gun” is a celebration of finding a fellow fearless wanderluster; “Nobody Knows” is a true punk anthem of non-conformity; “Dig Dig Dig” seems like a horror ballad dedicated to mother Earth; and on and on to the tune of non-stop white-knuckle gutter trash noise that keep you sweating, only stopping to slow down for the grungy head trip of “Shoot Myself” and the faraway CB radio feel of album closer “Recipe For Disaster.”

I’ll let your ears be the final judge.  “Run Amok” doesn’t break a lot of new ground in terms of psychobilly but in these tense times you may get off on a taste of this anti-authority runaway train robbery from the Glucks.  I know I did.

Run Amok is available from Bandcamp and on vinyl at Drunkabilly.