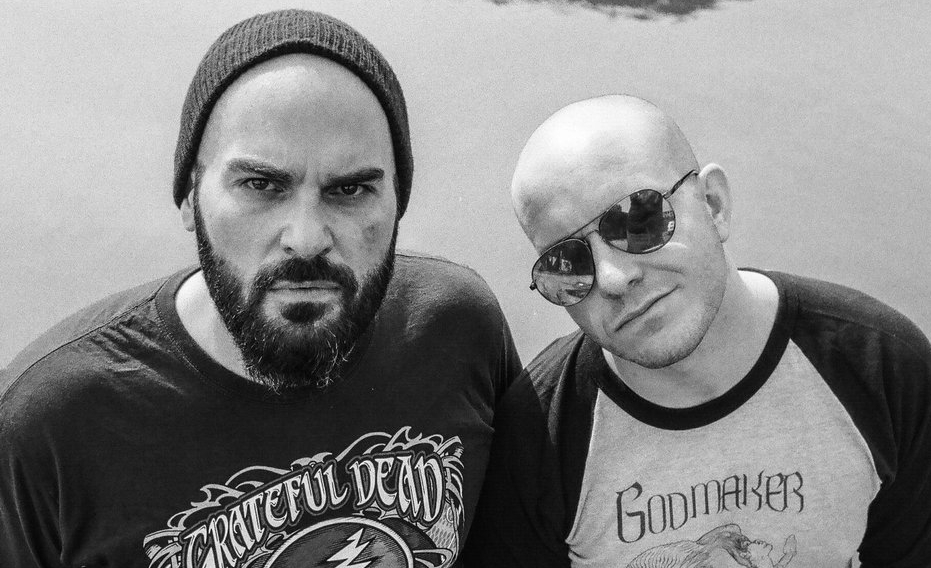 This week my guests are Ev Gold and Paul Claro, Brooklyn-born cousins who make up the heavy-experimental duo Cinema Cinema. We met up over the summer to talk about growing up in south Brooklyn, playing gigs in what’s known these days as “Old New York,” how formats have changed over the years, and, of course, their favorite music.

Follow/Subscribe to Sounds Familiar: Twitter / Instagram / Apple Podcasts
Keep reading to check out the show notes ->
Since their formation in 2008, Cinema Cinema have played nearly 500 live shows including half a dozen European tours and an opening slot for Black Flag’s 2014 North American tour. They’ve also released a handful of albums, including the latest, CCXMD, released Nov. 1st 2019 on Nefarious Industries. Cinema Cinema is currently on tour of the West Coast through November. Tour dates can be found at https://www.cinemacinemaband.com/booking.

REVIEWS:
POPMatters:
“Cinema Cinema show themselves as a brooding, multi-faceted monster that is relentless in its pursuit of musical mastery.”
https://www.popmatters.com/cinema-cinema-ccxmd-premiere-2641132633.html

Sonic Abuse:
“This very clearly is music of niche appeal, designed to flout convention and explore the outer limits of what can be achieved by an art-rock collective.”

Selective Memory:
“The chaos can be liberating as much as it can warp the senses…this recording either presents a snapshot of this specific moment of an artistic statement or ties them to a blueprint they have to take with them”